“As a forensic neuroscientist and Brain Fingerprinting expert, my job is to discover the truth.   Bonnie Thompson has done an excellent job of uncovering some deeply buried truths regarding a series of related murder cases – truths that have not been brought to light in any previous investigations.  Having assisted Bonnie in her investigation, and after personally interviewing multiple witnesses, authorities, and others involved, I have come to know some of these previously hidden truths and to suspect that even more remain hidden still.  My own investigation with Bonnie and the voluminous evidence she has uncovered have convinced me that there is much more to the Mansfield, Martin, and Schneider murder cases than has been previously revealed in the official investigations.  In my view there is sufficient evidence to warrant an official reinvestigation of these crimes, beginning with the facts that Bonnie has brought to light in her trilogy.”

Check out the Author's original screenplay, "Process of Elimination" 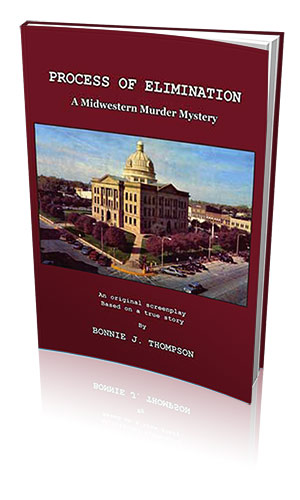 An original screenplay
Based on a true story

“I went to work for Roger W. Thompson in 1974 as an Assistant State’s Attorney for Logan County, and I was assigned to prosecute Russell Smrekar in two simple theft cases the following year. I went from the maddening task of trying to convict Russell to ultimately testifying against him in the Fry murder trial. I will never forget how I watched, in morbid fascination, as he evolved from a sneak thief to a cold and calculating murderer.

“Roger Thompson was considered to be one of the best prosecutors in the state of Illinois. When Roger died, the presiding Judge of Logan County remembered him as
a “Courtroom Giant”, and from my perspective he certainly was.

“In this script, Bonnie Thompson has accurately recounted the Smrekar
saga in all its grim and intriguing detail.” 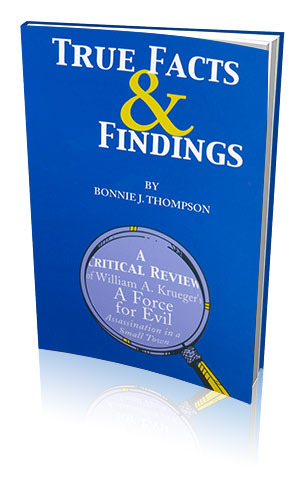 “After cafefully reading A Force for Evil, I felt compelled to inform the public that some of the information that Bill Krueger reveals as being factual is not true. People deserve to know the True Facts & Findings concerning these investigations because it’s part of Logan County’s history.”